I wish I had $1 for every time I learned something new and it left me saying “I wish I knew that a lot sooner.”  Here is a recent story you might enjoy.

A friend of mine recently purchased a JP Rifles GMR 15 PCC and he absolutely loves it.  I received a strange text from him asking if I have ever had any feeding problems with my gun.  I shared with him I had a batch of bullets which did not case gauge and they did not go into battery.  He said that he was having issues with his gun feeding and he case gauges all of his ammunition.  I told him with a blowback operated gun like this you need to make sure you clean it from time to time, more so than other guns because despite using the best ammunition, with the best powder, they can get pretty dirty pretty darn quick.  I told him to clean the chamber out really well to make sure carbon and other debris was not artificially narrowing the chamber of the gun.  Below is an actual picture of his gun.

I then shared with him a trick that was passed on from others on how to get the bore of the rifle clean with very little effort.  Most people use some sort of a ‘boresnake’ to clean the chamber and barrel, which is fine for a quick cleaning pass, but not for this type of job.  I asked him if he had a cordless drill and a cleaning rod with the appropriate caliber brush.  I told him to be careful, but if he used a brass brush he would clean out the bore quickly and it would not harm the chamber.  A picture of his setup is below. 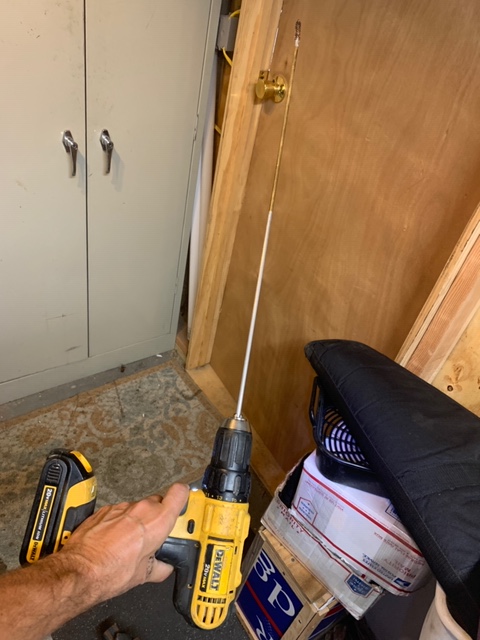 After a few minutes of cleaning, the end result is this: 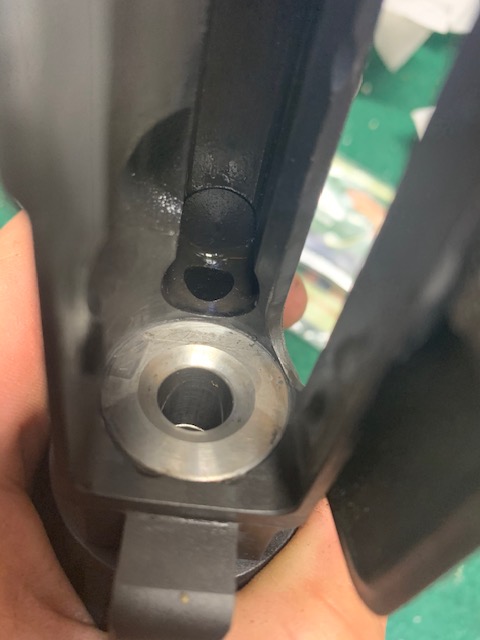 A few days went by and I asked for a range report.  He said that he went from having several failures in a ranges session to just one malfunction for his entire practice.  Although this is a significant improvement by a good cleaning, this is a JP and it should just run.  After some further inquiry and partnership with JP they suggested changing magazines and shooting factory Glock mags.  After making the switch, the gun has not had a malfunction since.

There are a few lessons in troubleshooting in this article, but I wanted to share the chamber cleaning method.  Now, hopefully you are saying “I wish I knew that a lot sooner.”  Remember, do your part and share with others!

See you out on the range soon!

4 thoughts on “Hidden tricks of the craft…”

Based out of Atlanta, GA